"I'd play this for a couple of minutes"
– anonymous (we don't have any other punchy, one-line reviews yet)

Some pieces move, some pieces fall, a piece or two might end up tumbling some more. At least that's how things usually go during your average game of Reaction. You swing your paddle left and right in order to push the pieces towards the evacuation shafts, gaining some of that precious little time before the play area inevitably spills and it's game over. 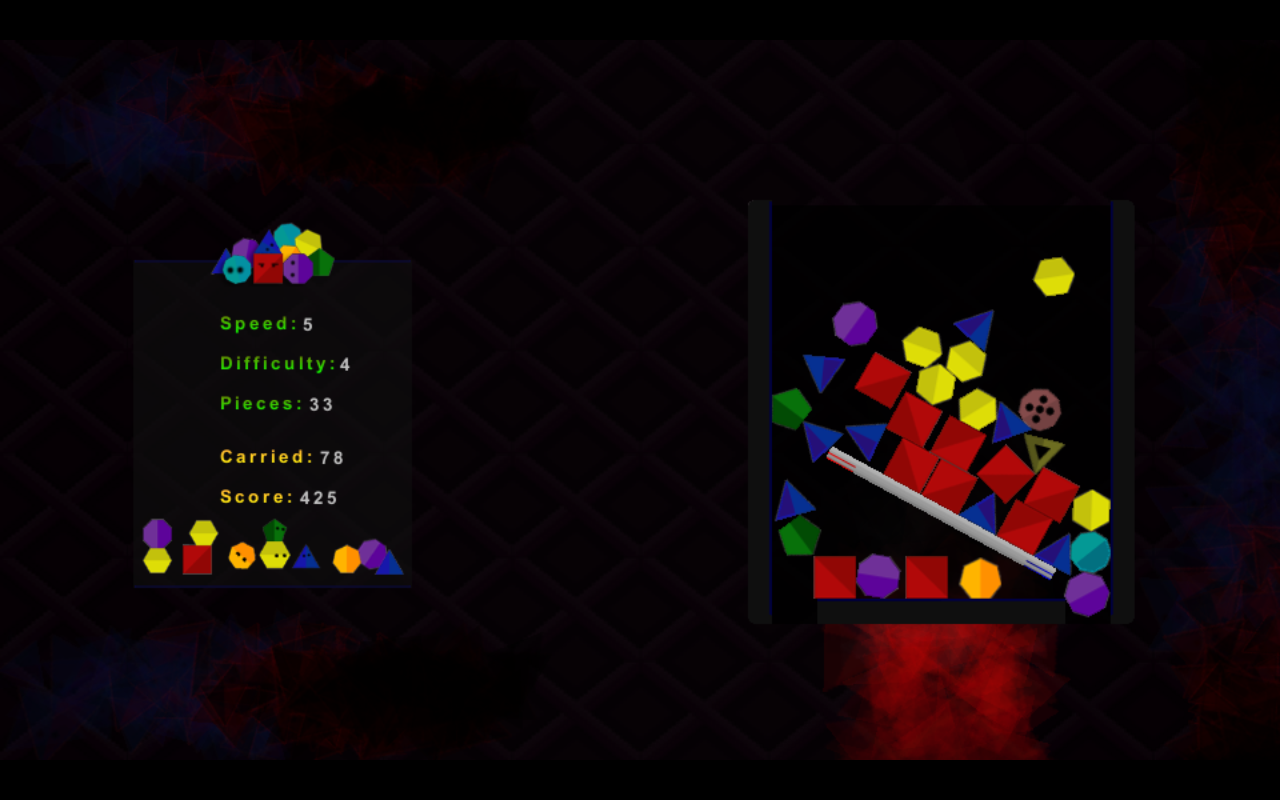 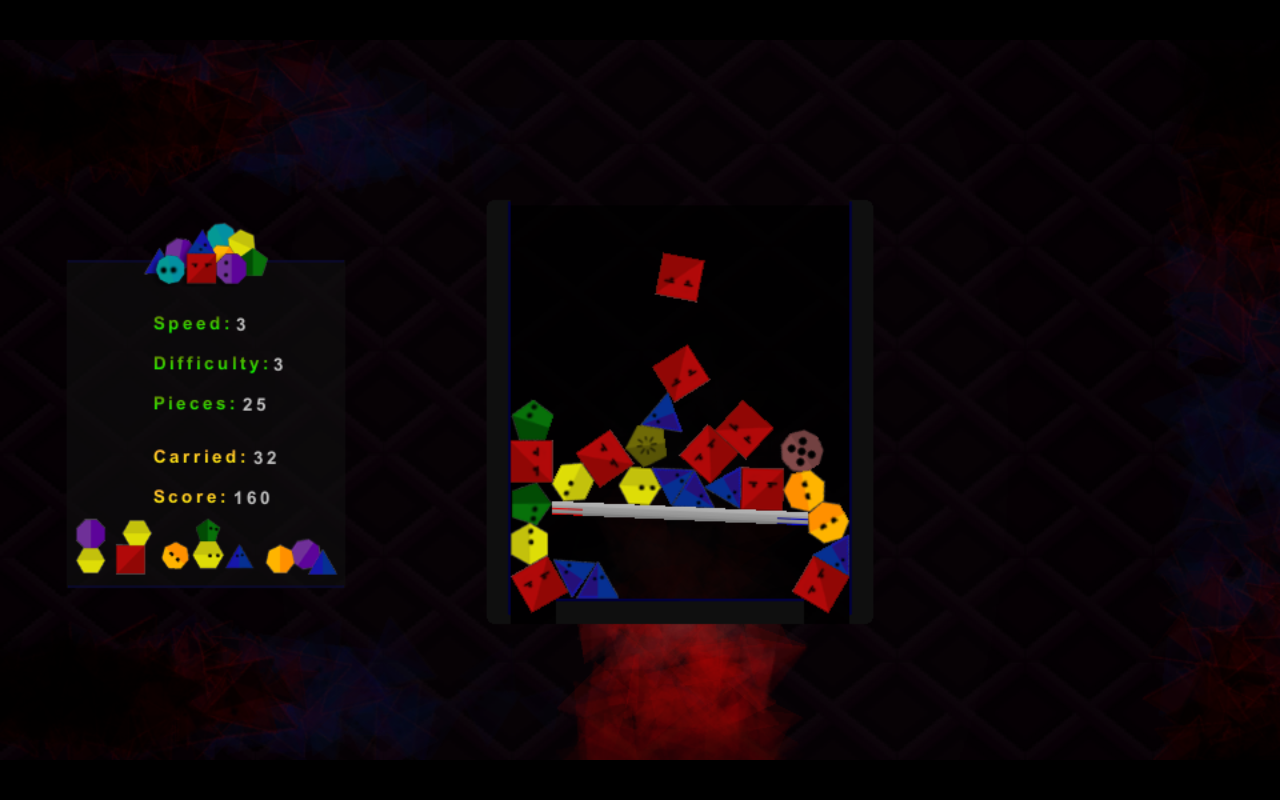 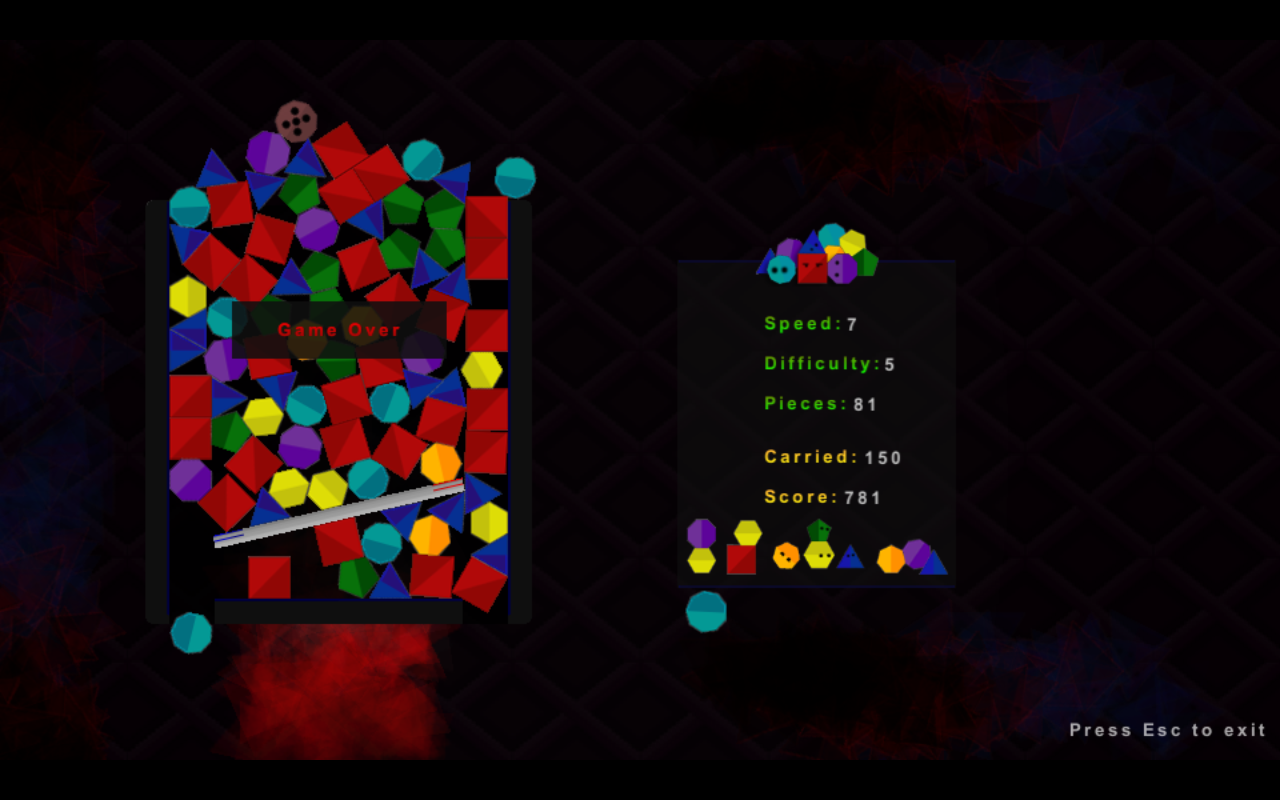 "Aha", I hear you say, "so it’s a physics puzzler of sorts!" And that is correct. You can play it alone or with a friend in multiplayer, you can go at it in short bursts or try to crack those elusive high score spots.

Speed, difficulty, controls, sound, and music are all customizable. By default, you use the left and right arrow keys in a singleplayer game or when playing as player one in multiplayer, while player two controls their paddle with the Z and X keys.

"Ok then, this sounds fun. Where can I get it?" Here you go, you can get the Windows, Linux, and Mac OS X versions from itch.io. Or use the direct download button below. 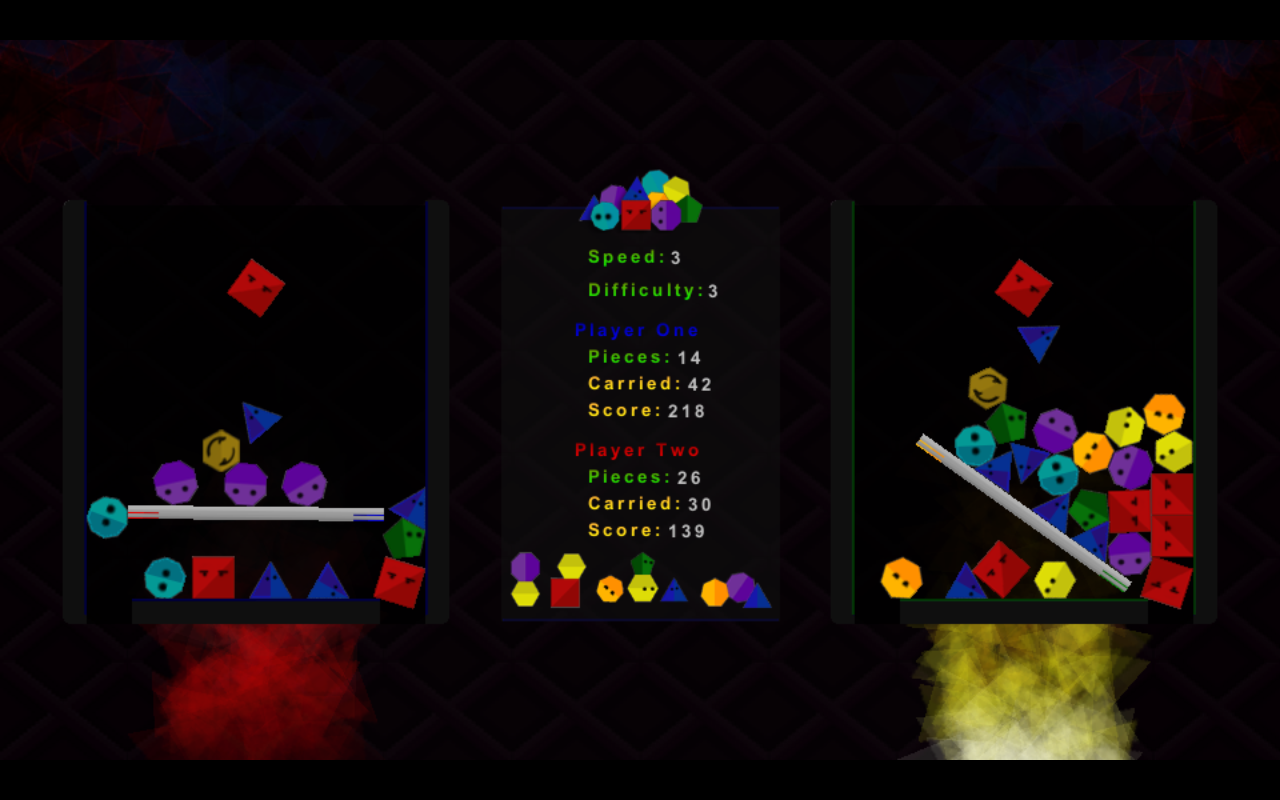 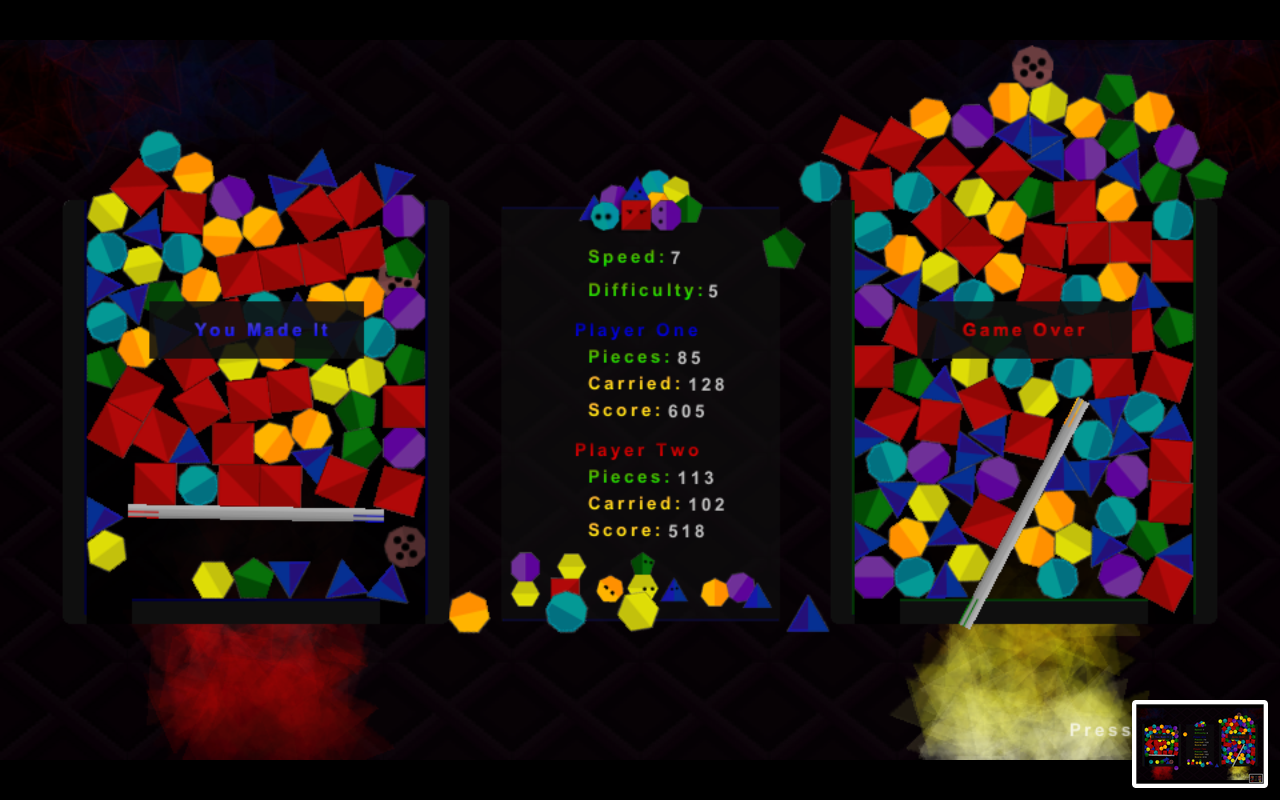 
The current version is 1.1, which adds some much needed bug fixes and a few quality of life improvements. We want to continue improving the game, so if you have any ideas about what we can add or fix in future versions drop us a line.

I know times are hard, so don't worry about leaving any money if you're tight on cash. Just download the game and have some fun with it, maybe even share it with your friends and help spread the word. 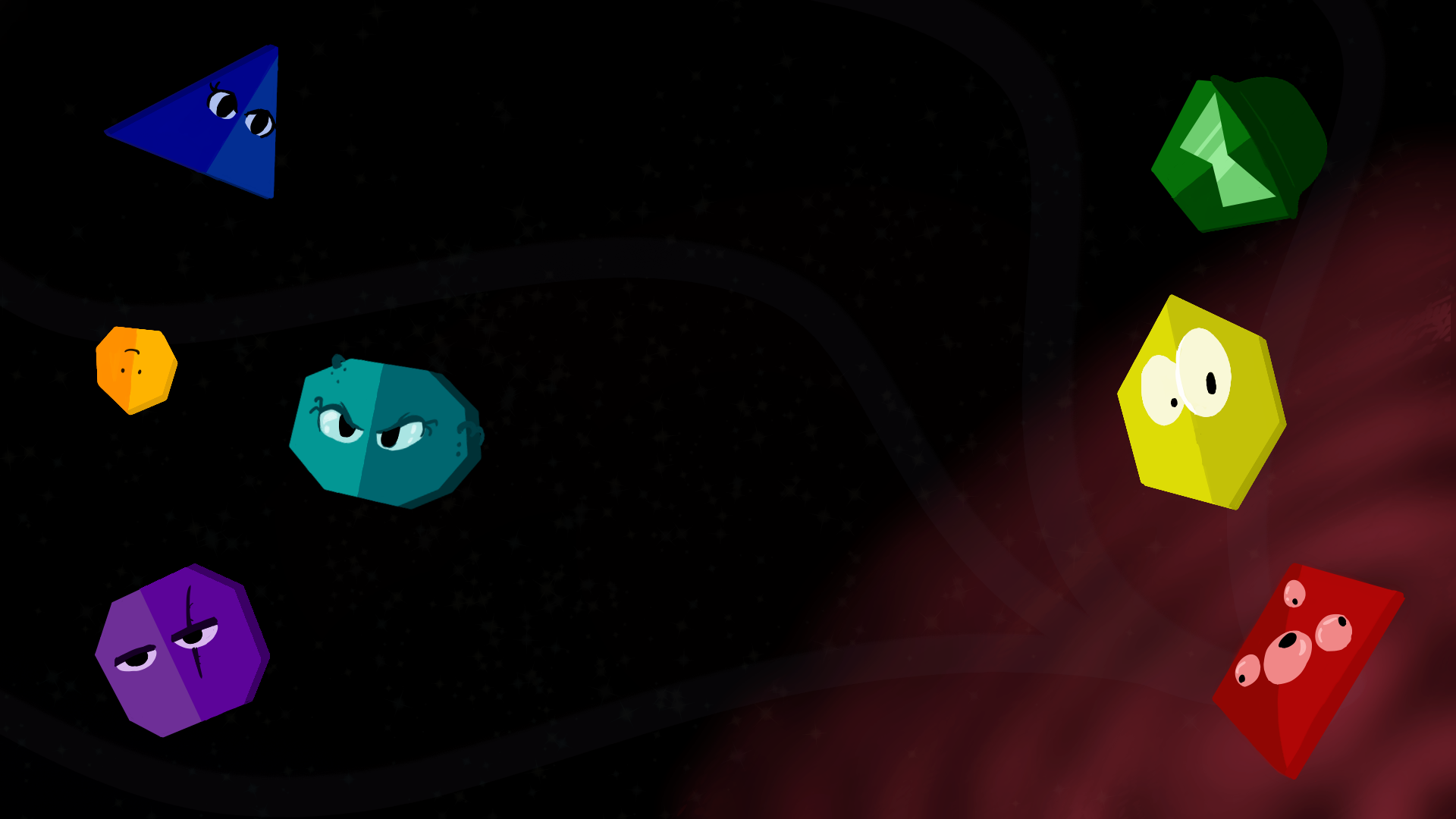 Running the game on Windows, Linux, and/or Mac OS X

For Linux users: the game was created with Debian derived distros (such as Ubuntu and Mint) in mind, but with the proper configuration it should run on most modern GNU/Linux distributions. So far, it has been tested and plays properly on Arch Linux, CentOS, and the independent distro Solus. The following dependencies are required:

On Mac OS X: since it was not made for the App Store, the app will be treated by the Quarantine service as a potential security threat, throwing the following error: ‘Reaction is damaged and cannot be opened. You should move it to the Trash.’ 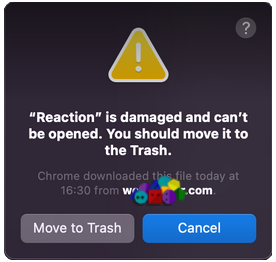 In order to get the game to run, you need to remove it from quarantine. The easiest way to do it is by opening a terminal window and writing the following:
xattr -d com.apple.quarantine /path/to/application.app
where '/path/to/application.app' is the location in which the file is stored on your computer. If you do not know this path, simply drag the app onto the terminal window after typing the rest of the command, then press Enter.

Windows compatibility: Reaction runs on Windows Vista, 7, and 10. Windows XP can also be tweaked to work, as long as it’s the 64 bit edition and you somehow get it to run DirectX 11.